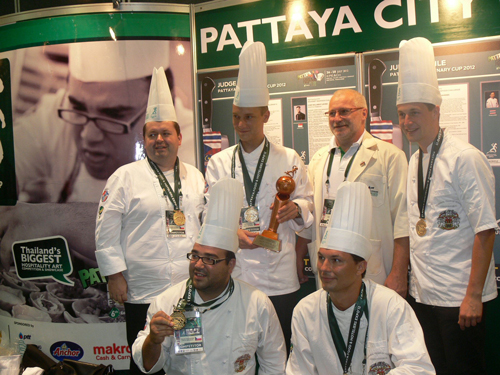 The Czech Culinary Team are delighted with their Gold medal win at the recent Pattaya City Culinary Cup 2012 Competition in Thailand.